The 5-Second Rule of Success 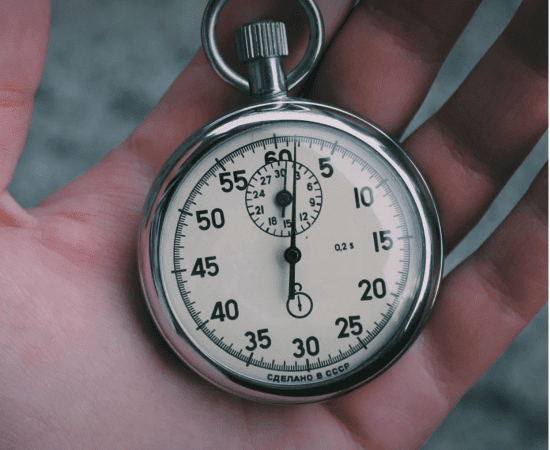 “Speed is a way to escape consciousness and just act.” ~ Michael Snow

What if I told you the only thing between you and what you want is 5 seconds? Does that sound unbelievable?

Perhaps I should explain further. What I’m talking about is bridging the gap between wanting something and having something, and bridging it in 5-second increments.

A woman named Mel Robbins wrote a book called, The 5 Second Rule. In her book she recounts how she turned her life around by counting down from 5 to 1.

The reason she used this technique is because she was so depressed by the turn her life had taken she was completely immobile. She was watching a TV program about space flight and when she heard them count from 5 to 1 and then blast off she told herself she’d do that as a way to get herself moving in the right direction.

The reason this shift happens is your brain prides itself on how safe it keeps you. Anytime you want to do something and then hesitate, your brain believes hesitation is a danger signal and it will put its full weight behind shifting you away from that activity.

So, the most important aspect of this is as follows:

Knowing what to do will never be enough.

Knowing why you need to do it will never be enough.

After all, who doesn’t know that eating junk food all day long is not the way to lose weight? Plus, you also know why you need to change not only what you eat but also how you much activity you engage in if you want to lose weight. Yet, none of this knowledge will cause one pound of fat to melt away from your body.

But it’s not your fault. You brain isn’t trying to hurt you; in fact, it thinks it’s helping you by backing you up instead of moving you forward. Trying to think your way out of this paradox won’t work.

What will work is finding a way to short circuit the brains overactive protection mode by quickly acting.

Here is the one-line summary of Mel’s book:

5 seconds or your brain will kill the idea.

She stumbled upon this idea almost accidentally, yet there is real science behind it.

Often, we are not even conscious of how many times we hesitate. It takes less than 5 seconds for our brains to slip into a state of worry or fear. Think about the last time you had a great idea but didn’t raise your hand in a meeting. How often have you had the urge to call a friend and then didn’t do it? This goes on all day long – you have an urge to do something and before you are even aware of it you’ve been hijacked by your own brain.

So, by using this 5 second count down you are able to circumvent your brain and begin to act.

The purpose of the countdown is to interrupt the normal pattern your brain runs and create a new burst of activation energy so you can physically move toward your goal.

I know it might sound a little hokey, but try it out for yourself. When you notice an urge count down from 5 to 1 and take a physical action. The more often you do this the easier it will be to keep your brain from sabotaging your desires.

If you want more information you can check out Mel’s book, The 5 Second Rule. But just for fun try this today when the right situation arises. If it feels a little awkward that’s ok, after doing it 5-6 times you will get into a flow of counting down and springing into action.