Time is your most precious asset –
treat it and yourself with reverence.
Carving out intentional time in your day,
week or month has a ripple effect of releasing stress
and overwhelm from your life.

Marianne is a mother of three under the age of 15. She works part-time at the newspaper and volunteers at her church. She came to me because she felt pulled in many different directions and she didn’t feel like she was giving her best to anything she did.

Originally, she felt like she had no time for herself. I created a master schedule of her activities and by viewing it holistically I discovered ways to reorganize her time so she had time for herself without neglecting anyone else. I also energetically released some old belief patterns through BodyTalk around her not feeling worthy of pampering herself.

Within a short time, she reaped the benefits of taking time for herself. She discovered self-love and her days were filled with a bounce in her step and a sparkle in her eye.

Here are 7 tips to boost your health and happiness level by focusing your time.

Here’s a handy guide for you to cut out and use as a reminder.

Desire a results-oriented holistic solution? Do you yearn to: Create more balance in your life? Stop feeling so exhausted: Uncover your life's passion; Attain clarity about what's next for you; Revive your relationships; Craft a deeper spiritual connection; Access a place of health & happiness? Donna can guide you from here to there, call for your free 15-minute phone consultation and discover a different approach, 336.540.0088. Office in Greensboro or phone sessions available.

© 2022 Donna Burick. All Rights Reserved.
View Terms of Use | Made with ❤ by Heart Light Digital 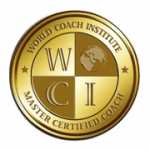 © 2022 Donna Burick. All Rights Reserved.
View Terms of Use