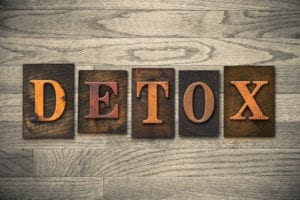 “Cynicism masquerades as wisdom, but it is the furthest thing from it. Because cynics don’t learn anything. Because cynicism is a self-imposed blindness: a rejection of the world because we are afraid it will hurt us or disappoint us. Cynics always say ‘no.’ But saying ‘yes’ begins things. Saying ‘yes’ is how things grow.” ~ Stephen Colbert

“Cynicism is the easiest of all reactions, right? But it’s also so disappointing and self-defeating.” ~ Chris Hadfield

“I think we too often make choices based on the safety of cynicism, and what we’re lead to is a life not fully lived. Cynicism is fear, and it’s worse than fear – it’s active disengagement.” ~ Ken Burns

“Don’t give in to cynicism. It is a toxic spiritual state.” ~ Cory Booke

Cynicism is defined as,” An attitude of scornful or jaded negativity, especially a general distrust of the integrity or professed motives of others”. So why would you invite that into your life? Because it masquerades as truth.

Cynics think of themselves as realists. They derive comfort from negativity because it feels more “real” and they will try to recruit you into their camp by constantly providing their running commentary on life.

So how do you inoculate yourself? By cultivating some healthy habits. Just like taking Vitamin C to counteract the germs in the air from all those people who are coughing and sneezing, you must take action to keep your outlook healthy.

Cynicism often presents as negative reactions to people or ideas. You slip into that old, been there done that, mode of thinking. Life starts to feel like a wet blanket and your energy spins down until you don’t want to do or try anything.

How do you break out of this vise? By getting curious. Cynicism is only a lens, and you have the power to switch your view at any moment.

How many times have you thought, I know what they would say if I offered my ideas, I’ve seen this movie a hundred times, or that’s not going to work so why try?

Anthony Tjan, a venture capitalist, came up with a system to derail his immediate “no way” reaction and open up the possibility for creativity with his 24×3 method. He says when he hears something new he pauses for 24 seconds before reacting. If he wants to really open up his curiosity he waits 24 minutes and even 24 hours before dismissing an idea. He uses that time to come up with the many ways something could work instead of immediately dismissing it.

Cynicism spreads, so if it running amok in one part of your life it will seep into other areas where you feel stressed. This is especially true when dealing with people you are close to and have a long history together.

How many times have you had conversations in your head with you playing both parts? That’s cynicism. You believe you already know what the other person is thinking and feeling. When you close off your curiosity you also close off your compassion.

Instead of pre-deciding why someone said or did something, or knowing how a conversation will end even before you begin, become more compassionate.

Remember that everyone is struggling in their own unique way. When your buttons are pushed assume that the other person is doing the best they can and isn’t out to get you.

When you can see them in a compassionate light then you can begin a real conversation where both of you emerge closer and stronger than before.

Cynicism is like kudzu – it will take over everything! It will cover up your thoughts and block out all the good that is in front of you.

For example, a nurse was thinking that her job in the ER was filled with treating drug addicts and she was getting sick and tired of it. However, when actually going back and looking at her cases she wiped the 4-year-old kid with the broken arm and the older woman with chest pains from her memory.

Question your cynicism. It wants to overshadow everything in order to feel important so it’s up to you to trim it back and see things as they actually are. Look for the good in people and your day and that’s what you will find.

Cynicism is toxic to your spirit. Cleanse yourself with curiosity, compassion, and clarity. Take some time to assess your spiritual health and take a healthy dose of these treatments if needed.