Spice Up Your Relationship Using Your Most Overlooked Body Part 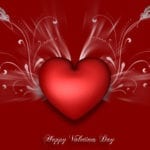 “Romance is one of the sacred temples that dot the landscape of life.” ~ Marianne Williamson

Attraction is a funny thing. It’s all about that first blush of contact. As you would expect studies show that men are initially attracted through their sense of sight and smell. Things like a woman’s smile, lips, eyes, waist size (which varies by culture – proving there is no one size that’s correct) and smells like vanilla and sandalwood top the list.

Also, like you’d expect, studies show that women are initially attracted to a man’s character. Things like does he have a good sense of humor, does he show respect, is he a good conversationalist?

Attraction is propelled by lots of variables and is ruled by chemistry. So let’s leave that topic for another day. Today we are going to discuss keeping up the pizzazz in your long-term relationships.

So dear reader, the topic is your most overlooked body part when it comes to romance, your ears. Your ears qualify for this honor because we all think we are listening when we are merely hearing.

Hearing is the faculty to perceive sounds. Listening is something entirely different. Studies show that we listen about 25-50% of the time. So at least half of what you say is being lost and you are not present for about half of what someone else is saying.

“Any problem, big or small, within a family, always seems to start with bad communication. Someone isn’t listening.” ~ Emma Thompson

The consequence for couples is a sense of disconnection and loneliness. If you’ve wondered what has happened to your marriage over the years, this is one way to get it back on track. Powerfully listening to your partner will absolutely rekindle that fire you had at the beginning because it re-initiates the focus you once had in your relationship.

Here are 5 steps for powerful listening. Put these into action in your relationship and see how quickly things begin to sizzle.

“There is a difference between listening and waiting for your turn to speak.” ~ Simon Sine

OK this seems like a no brainer but it’s actually harder than it sounds because by stop talking I mean stop mentally talking. No internal chatter about your opinions of what’s being said. No mental construction of your next argument or idea while the other person is talking.

“One of the most sincere forms of respect is actually listening to what another has to say.” ~ Bryant H. McGill

Come to the conversation with your full attention. Stop half-listening while you read your email or think about your errands. Also, when you cannot show up fully communicate that. Perhaps your partner wants to discuss something and you’re right in the middle of a project or you are in a loud place that’s full of distractions. Express your willingness to participate in the conversation, but acknowledge you need to do it at another time, or when you can get to a quiet room, or whatever you need to be fully present. Postponing the conversation is much better than having it in a half-hearted manner.

Conversations are multi-layered. When you are paying full attention you can listen to the words that are being said and the information that’s being transmitted under the radar. Listen for words that have strong emotions attached to them. Watch your partner’s body language. Pay attention to things not said.

What emotions can you feel coming off them? Are they angry, afraid, or embarrassed? Watch yourself to make sure you are not overreacting to their feeling instead of allowing them to have them. Powerful listening allows space for your partner to share all aspects of himself or herself, even if it’s uncomfortable for you.

Engage in the Process

“Listening is a magnetic and strange thing, a creative force. The friends who listen to us are the ones we move toward. When we are listened to, it creates us, makes us unfold and expand.” ~ Karl A. Menninger

By engagement I mean actively participate by acknowledging that you’ve heard what’s been said and by asking clarifying questions. Interrupting or jumping in with your thoughts is not engagement. Acknowledge that you’re listening by nodding and smiling, having an open body posture and by inserting a yes or an uh huh.

Ask clarifying questions like, “What I think I hear you say is…” or “Sounds like you are saying…”. You can also directly state what you’ve heard, like “You are irritated about the choice I just made”. At first these questions might feel silly but do them anyway. The result of being powerfully connected is worth some minor discomfort.

“Listening is such a simple act. It requires us to be present, and that takes practice, but we don’t have to do anything else. We don’t have to advise, or coach, or sound wise. We just have to be willing to sit there and listen.” ~ Margaret J. Wheatley

Great! You’ve made it almost all the way through the conversation. You’ve given your partner your full attention, you’ve listened for their feelings underneath their words, and you’ve let them know that you’ve heard them.

Now comes the most important part; what do you do when they stop talking? How do you respond appropriately?

First of all, by not jumping in and trying to solve their problem. That undoes all your good work up until this point. Often trying to make someone else feel good is a screen for making you feel good. Perhaps you have some fear or guilt about what they just expressed. The easiest way to mask that is to “solve” their problem. But that’s not listening.

Listening is in itself a powerful solution. When your partner feels like you’ve fully heard them there is much less emphasis on action. So please resist the temptation to “fix” things and just “be”.

Also, resist the temptation to engage in “Mine is Worse than Yours”. Responding to your partner’s share with either your own version of the events or other things that you’ve experienced is also a disconnect. The point of conversation is not to compete but to connect. So if your response connects then you are on the right track.

Some connecting actions are treating your partner like you know they like to be treated, which may or may not be your way. Ask yourself what are my partner’s love languages? Do they appreciate physical contact? If so maybe a hug would be your best response. Or maybe they prefer words of affirmation so you expressing your confidence and pride in them are the best response.

Powerful listening is one of the most intimate things you can do in your relationship. It is a magic elixir of connection that is hard to resist. So if your relationship is in the doldrums then use these skills to spice things up this Valentine’s Day!

Have fun with this and please let me know if you have questions or comments. Just leave a comment below. I love hearing from you!