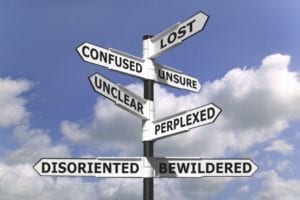 “Always seek out the seed of triumph in every adversity.” ~ Og Mandino


“The journey is never ending. There’s always gonna be growth, improvement, adversity; you just gotta take it all in and do what’s right, continue to grow, continue to live in the moment.” ~ Antonio Brown


“You should never view your challenges as a disadvantage. Instead, it’s important for you to understand that your experience facing and overcoming adversity is actually one of your biggest advantages.” ~ Michelle Obama

How in the world can that happen? Actually, it’s easier than you think. It might even be easier than having to overcome it. Overcoming it entails making it a real situation for you and then struggling to free yourself from the binds you just imposed upon yourself. Obliterating it entails wiping it from your mental landscape so there is nothing to overcome.

Here are three steps you can take to obliterate adversity from your life.

When we see things in terms of being a success or a failure we encourage adversity. If we have these two finite goals then anything that isn’t 100% overwhelming success is seen as adversity. Success isn’t even success until the end of the process, so most of the time you are experiencing adversity if you use this dualistic mindset.

Anything that happens is either providing growth, information, or learning so there is no concept of adversity. When you complete something you are just done growing, learning, and gathering information. It’s just time to move on to your next thing.

This reminds me of an old parable that goes like this:

There once was an old farmer who had a son. One day the son was headed home from the market and he came across a wild horse. The son spent many hours chasing the horse, eventually caught him, and brought him home to his father’s farm.

The next day a neighbor came rushing over to look at the horse. He told the farmer how lucky he was to have such a beautiful horse. The farmer looked at his neighbor, smiled and said, “Is that so?”

A few days later when the son was attempting to ride this wild horse he fell and broke his leg. The neighbor came rushing over and after seeing the son laid up in bed he told the farmer how unlucky he was that his son was injured. The farmer looked at his neighbor, smiled, and said, “Is that so?”

A week later a General came through the town to gather up all the young men to fight in the army. As the son had a broken leg he was passed over. Upon hearing this news, the neighbor rushed over to tell the farmer how lucky he was that his son was not forced to join the army. The farmer looked at his neighbor, smiled, and said, “Is that so?”

Soon after the wild horse broke out of the pen and ran away. The neighbor ran over to tell the farmer how unlucky he was that he lost this beautiful animal. The farmer looked at his neighbor, smiled, and said, “Is that so?”

Three days later the wild horse returned with his whole herd. The neighbor was beside himself. He rushed over and told the farmer he was the luckiest person in the world because he now had many, many horses. The farmer looked at his neighbor, smiled, and said, “Is that so?”

The moral of the story is that good and bad are temporary states that we use to assign meaning to events. When you are chasing the good and running from the bad you are manufacturing your own adversity. If you just accepted what is without any judgement you would free yourself from adversity.

When Buckminster Fuller, the famous designer and inventor, came up against a situation we would judge as bad, he would say, “Silly Universe, what are you up to now?”

#3 Keep Your Eye on the Prize

Clarity of purpose will carry you through those times you want to give up. When you have a strong why the how takes care of itself.

Did you know that pilots are off course 99% of the time? But because they have a very fixed vision of where they are going they don’t stress over this situation, they just course correct and keep going forward. Course correction just becomes part of the process, not something to struggle against.

Adversity isn’t a thing, it’s an idea; a thought about failure, judgements, and obstacles. You have the power to obliterate it from your mindset by removing old, fixed patterns of thought and accepting that whatever is showing up in your present moment. Trust that what is happening is there for your highest good.